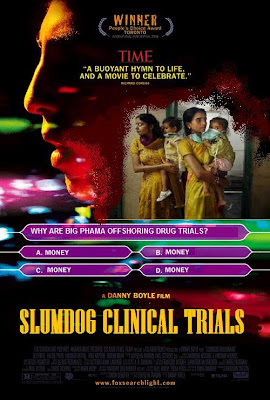 The Report
Drug major GlaxoSmithKline (GSK) has unethically tested a breast cancer drug on poor patients in India for approval for new drugs in the Europe Union, said a study. According to an investigation by Mumbai-based Centre for Studies in Ethics and Rights, the firm tested lapatinib on patients flouting Indian Council of Medical Research's (ICMR) ethical guidelines.
This trial required seriously ill patients who had not received treatment for their condition. GSK took advantage of the "vulnerable position" of breast cancer patients, said the study released last month.

The patients, who stopped responding to lapatinib, were not assured treatment once the trial was over.

According to the study, a copy of which is available with MiD DAY, despite repeated requests, GSK refused to give information on the trial sites or the text of the informed consent forms.

The study also analyses drug firm AstraZeneca's clinical trial of quetiapine for treating Schizophrenia. Patients in the trial of quetiapine for acute schizophrenia "were harmed" when they were taken off all treatment before being put on either the active drug or a placebo.
Placebo is a method in clinical trails whereby a group of patients will be given a dummy or inert substance to help compare effects with the other group whom the tested drug is given.

It points out that a patient in the trial committed suicide after 173 days of being on placebo. The study says the "investigators didn't explain how they concluded that the suicide was unrelated to the treatment."

Johnson&Johnson conducted a placebo-controlled trial of risperidone for acute mania in seven sites in India. The study said that patients in this trial were suffering from an acute attack of a psychiatric condition that would have caused them much distress. "They were harmed because they were taken off all treatment before they were put on either the active drug or a placebo. Those on the placebo were also harmed because they were deprived of an effective treatment," says the study.

Dr Sandhya Srinivasan, who conducted the investigation, told MiDDAY: "MNC firms are exploiting a number of weaknesses in India such as the fact that many Indians are economically weak and cannot afford decent healthcare and may view trial participation as a way of getting some treatment. Quality of consent is questionable because of this and other vulnerabilities such as low literacy, unequal doctor-patient relationships, etc."
Sandhya Srinivasan is a freelance journalist specialising in public health and development issues. She has a master's in public health and is Executive Editor of the Indian Journal of Medical Ethics. She was a Panos Reproductive Health Media Fellow in 1998 and an Ashoka Fellow. She is Consulting Editor, Public Health, for http://www.infochangeindia.org/ and has edited infochangeindia’s information gateway on HIV/AIDS.

According to her, the Indian regulatory structure doesn't ensure proper ethics review and monitoring of trials.
"Few ethics committees are properly trained, many don't meet the requirements for such committees, they may be overworked, etc. There's no regulatory structure to directly supervise trials and ensure that true informed consent is obtained, that patients are not harmed, and that other requirements are followed. So we should be very concerned by the moves to encourage India as a site for clinical trials," she added.

Source
Read the report.
Posted by insider at 4:54 am

A very wrong and misguiding report. The author has not investigated the said issue properly. One basic thing the author should understand is that the ICMR guidelines are for collaborative and basic medical research. Clinical trial industries are mandated to follow the Schedule Y of Drugs and Cosmetics act of India and ICH GCP guideline accepted globally. All subjects were included in all the above studies with proper consent. DCGI (Drug Controller General India)and FDA initiated audits shows that the subject safety were not compromised for commercial interests. The clinical trials are essential for the development of new drugs without which everyone (including the suthor) will suffer for treatment at alater point of time.

ICMR guidelines seem to include those for clinical trials: