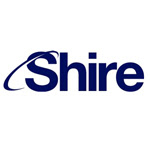 Shire has surprised observers by pulling its file in the USA to get approval for its Fabry disease drug Replagal.

The Ireland-headquartered firm has withdrawn its Biologics License Application for Replagal (agalsidase alfa) with the US Food and Drug Administration. Shire says that recent interactions with the latter "have led the company to believe that the agency will require additional controlled trials for approval".

Such studies "would cause a significant delay, and an approval of Replagal for US patients would only be possible in the distant future", the company added. It noted that no concerns over the safety profile of the product, which has been approved in Europe for over ten years, were raised by the FDA.