Under threat: The pharma industry in Spain -->

Under threat: The pharma industry in Spain 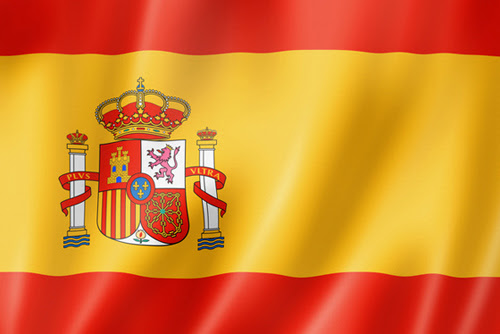 Stringent austerity measures will lead to 15 per cent savings in pharma expenditure by the end of this year, according to the Spanish Ministry of Health. The impact of cost-containment policies on one of the largest markets in Europe has been devastating. Patients complain about increases in co-payments and delisting of reimbursable medicines, as well as inflationary price hikes.

The pharma industry has warned that it was being strangled and is “on the brink of collapse”, due to unpaid debts by autonomous regions, radical price cuts and extreme uncertainty about the future.

The Spanish pharmaceutical market is being greatly affected by the economic recession and euro debt crisis that has engulfed the country. Once a thriving market, Spain is now faced with tough choices: more healthcare budgetary cuts that are taking their toll on patients, doctors, pharmacists and pharma companies alike. Autonomous regions are unable to cope with accumulated debts and have been forced to go cap in hand to the central government for help.

The terms of Spain’s European bailout do not require particular austerity measures related to healthcare, but the environment is hostile for multinational and domestic pharmaceutical firms alike. The Spanish Prime-Minister, Mariano Rajoy, justified the austerity measures as necessary to regain international trust and comply with Brussels recommendations.”There is no choice,” he recently admitted.

Pharmacies across the country are struggling, but the effects of cost-containment measures will also be felt in the hospital sector. Doctors are concerned about ‘rationing’, particularly with regard to innovative and costly therapies, and they are unhappy about working conditions and lack of opportunities that have resulted in a ‘brain drain’.

How sustainable is the healthcare system?
The Madrid government approved a controversial law in April to guarantee the ‘sustainability of the National Health Service’, aimed at saving €3.6 bn in the coming years.

The funding of the healthcare system will shift from one that provides coverage to all through general taxation to a system funded by social security contributions. For some, this reform is unconstitutional and spells the end of the universal healthcare system, created in 1986. Outraged, regions, such as Andalucia and Asturias, have challenged the law in court.

This law incorporates and expands the latest cost-cutting measures: pricing review, de-listing, promotion of generics usage through prescribing of the cheapest generic version of a drug, out-of-pocket payments for patients, limits to immigrants using the national healthcare system, and centralised purchasing of flu vaccines.

The Ministry of Health announced that in July 2012 the reduction in pharmaceutical expenditure was 24 per cent compared to the same period last year (the lowest level since 1999); what it sees as a positive development and a result of the increases on co-payments. A recent report by the EAE Business School Pharmaceutical Expenditure in Spain in 2012 states that pharma spending per capita has shrunk by 7 per cent ( €241.30 a year), a change registered in all 17 autonomous regions, except in the Basque country, where the government refused to implement co-payments and other policies to contain costs.

The decentralised healthcare system in Spain allows for regions to decide how they spend their money. However, if they choose to access the credit line from central government they then must control their budgets. For instance, Andalucia was the first region to introduce mandatory prescription by active ingredient in 2011, a move that was considered a success by the local government.

In 10 years, prescription by active ingredient in Andalucia grew from 0.3 per cent to 85 per cent and represented over €1bn in savings.

A catalogue of cost-cutting measures
The last two years have seen an array of legislation aimed at cutting pharmaceutical expenditure and curbing prescription and consumption of medicines in Spain.

Co-payments increased for all patients, who pay on average 36 per cent more for their prescription drugs, also due to inflation. Pensioners will pay 10 per cent for the first time – they were totally exempt previously – and the majority of employees have to pay 40 per cent to 50 per cent of the price of medicines. A moderating fee of €1 for all patients was also implemented.

Four-hundred and seventeen medicines for minor symptoms, such as heartburn, skin conditions, diarrohoea, constipation, cough and other ailments were taken off the reimbursement list, which the government says will save €458m this year. The Catalan Health minister, Boi Ruiz, warned that the measure could be counter-productive if doctors prescribe drugs that are reimbursable for the same ailments.

Last year the reference pricing system was revised, leading to more price cuts. The introduction of mandatory prescription by active ingredient in 2011 obliges pharmacists to offer the cheapest drug to promote generic dispensing, but unbranded medicines have also suffered harsh price cuts. IMS Health estimates that in the last three months, generics have more than doubled their market share to almost 68 per cent, although volume and revenues data may tell a different story.

However, it is mainly co-payments that have discouraged patients from buying prescribed medicines, bringing the bulk of the savings for the government.

A committee of cost-effectiveness of newly approved medicines proposed in 2010 could soon come into being, creating more reimbursement restrictions and another hurdle for market access in the country.

The Suppliers Repayment Fund
This fund outlined in February 2012 aims to repay overdue bills – run up prior to December 2011 – to suppliers (mainly healthcare providers) to the regional governments and local councils.

The financial package made available through a syndicated loan with 26 banks totals €35bn, leaving some €8m for leeway. The pharmaceutical industry trade body, Farmaindustria believes that the leftover funds should be used to pay newly acquired debts, as these have been accumulating since the beginning of the year.

Shrinking earnings for pharmaceutical industry
Farmaindustria, the pharma industry trade body told PME that the “sustainability of the National Healthcare System is at stake and the image of the Spanish industry abroad is being impacted”. It estimates a 20 per cent fall in earnings in 2012 for most companies and fears lack of investment and international trust will lead to a serious contraction.

For Farmaindustria the situation is critical and the climate of uncertainty only makes it worse. Domestic companies are particularly affected. For multinationals, there is the sense that the environment is hostile for business and unpaid debts are becoming unsustainable, leading Roche to impose credit limits on supplying oncology drugs earlier this year. Other companies may follow suit.

Another issue is that the dire economic picture in Spain is strangling R&D investment, says Farmaindustria. Big players may well decide to divert operations to emerging markets or countries not affected by the Euro crisis.

Public hospitals owed the pharma industry more than €6.3bn at the end of 2011, according Farmaindustria, but the rescue packages for regions have facilitated repayments. However €1.5bn in outstanding bills have already piled up, since January, and debt is growing at a faster pace than ever before.