Sanofi Aventis - Ketek: and speaking of the FDA's Dr Graham 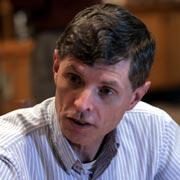 In an internal review, Dr. David Graham, part of the FDA’s drug safety office, wrote in a message to his bosses dated June 16 that the agency’s approval of Ketek (telithromycin, made by Sanofi Aventis) was a mistake.

“It’s as if every principle governing the review and approval of new drugs was abandoned or suspended where telithromycin is concerned,” Dr. Graham wrote.

Referring to reports of negative, or adverse, drug reactions voluntarily submitted to the agency, he continued: “We don’t really know if the drug works; no one is claiming it works better than other, safer drugs; and we’re flying blind as far as safety goes, except for our own A.D.R. data that suggests telithromycin is uniquely more toxic than most other drugs.”

Dr. Graham concluded that the agency should recommend the drug’s “immediate withdrawal.”

What a load of FUD.

Guess we better withdraw Penicillin and Tylenol as well.