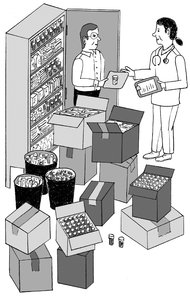 For Op-Ed, follow@nytopinion and to hear from the editorial page editor, Andrew Rosenthal, follow@andyrNYT.
We physicians are susceptible to a kind of medical Stendhal syndrome as we confront the voluminous evidence about the clinical choices we face every day. It would take dozens of hours each week for a conscientious primary care doctor to read everything he or she needed in order to stay current — a dizzying and impractical prospect.
To remedy the problem, many medical groups issue clinical-practice guidelines: experts in a field sort through the reams of clinical research on a medical condition and pore over drug studies, then publish summaries about what treatments work best so that physicians everywhere can offer the most appropriate, up-to-date care to their patients.
While this sounds straightforward, the process can go astray. Take, for example, the recommendations issued recently by the American Association of Clinical Endocrinologists on caring for patients with diabetes. The A.A.C.E.’s latest guidelines elevate many second- or third-line drugs to more prominent positions in the prescribing hierarchy, rivaling once uncontested go-to medications like metformin, an inexpensive generic. They also emphasize the riskiness of established treatments like insulin and glipizide, which now carry yellow warning labels in the A.A.C.E. summary.
Several of the now promoted drugs are expensive newcomers that lack the track records of clinical effectiveness and safety held by the older, potentially displaced treatments. The changes were made, ostensibly, to give physicians more treatment choices for their patients. But there is also concern that they could have been influenced by another factor: the manufacturers of some of these new drugs financially supported the development of the guidelines, and many of the authors are paid consultants to some of those companies.
We’ve been here before. Several years ago, another set of practice guidelines recommended the aggressive treatment of anemia in kidney-disease patients with the drug erythropoietin, though the higher doses substantially increased the risk of heart attack, stroke and death, with little countervailing benefit. Here, too, the professional society that issued the guidelines, as well as many of the doctors who formulated them, received funding from companies marketing the drug.
The nation’s $325 billion prescription-drug market offers an enormous incentive to develop and disseminate information lauding the presumed virtues of costly new medications, but there is much less muscle behind efforts to encourage the use of established, off-patent drugs, even when the weight of evidence and experience recommends them.
At the same time, the medical literature is rich with superbly conducted trials and thoughtful, balanced clinical guidelines. For a physician, trying to process this rush of inputs can feel like drinking from a fire hose into which someone occasionally squirts a stream of arsenic. Imagine Stendhal on acid.
To address this problem, which affects the care of every patient in the nation, several groups — including the Institute of Medicine, the American College of Physicians and theCochrane Collaboration, an international network of experts that evaluates clinical research — serve a “curation” role for medical knowledge. As the evidence base becomes ever larger and more contentious, this honest-broker synthesizing function becomes increasingly important.
A 2011 report I helped write for the Institute of Medicine sought to establish guidelines for guidelines — standards to ensure that these recommendations rigorously and fairly depict the best available knowledge and are not tainted by financial ties to the companies that could win or lose based on their content.
Beyond such standards, though, another critical step is needed. That’s because even the most superbly assembled evidence doesn’t disseminate itself. Like Stendhal, doctors also need a skilled docent to help walk them through all that curated data.
The pharmaceutical industry figured that out decades ago, deploying tens of thousands of sales representatives, or “detailers,” to promote their products directly to doctors in their offices. For years, my colleagues and I have been using a similar approach through the nonprofit Independent Drug Information Service, now financed by the governments of Pennsylvania and the District of Columbia. Our “academic detailing” program assesses the medical literature in a non-product-driven way and then deploys a “docent service” of pharmacists and nurses to visit doctors in their own offices and guide them through the resulting therapy recommendations.
A few large health systems, including Kaiser Permanente and the nation of Australia, have adopted this curator-docent approach, which has been shown to improve doctors’ clinical decision making. The programs can also control costs over time, as they counter the influence of drug companies promoting the most expensive new drugs, whether or not they’re an improvement. But to make a significant difference, many more health care systems, both private and public, must adopt them.
Back from Florence, Stendhal ended his life racked by disabilities attributed to his syphilis. It now appears that many of his symptoms were probably adverse effects of the drugs his doctors were using to treat him, following the not-so-scientific treatment guidelines of their time.
Posted by insider at 1:36 pm

It's disappointing that these clinical research studies are being driven by money and not by truth.