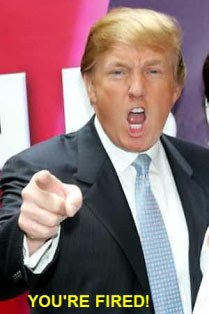 Bad news for drug reps: firing you may be a dominant industry theme for 2007.

Cost cutting is likely to continue for large-cap pharmaceutical companies in 2007 and cuts in international sales forces could be a further source of savings, according to Banc of America analyst Chris Schott.

In a client note released Thursday, Schott noted that Pfizer’s recent 20% U.S. sales force cut of about 2,000 reps was a step in the right direction, in his opinion, as the company looks to cut back on its overall cost structure. The layoffs added 5 cents per share per year to their earnings, according to Schott.

With these cuts expected to be completed by the end of 2006, Schott believed Pfizer has the further opportunity to slash headcount among its 20,000 international reps, based on his analysis of sector sales force efficiency.

More at Forbes
Posted by insider at 6:42 pm

When asked on the cafepharma message board if they plan to stay in the pharmaceutical industry, a laid off anonymous pharma sales rep responded:

Not staying in this industry. I find the thought of hanging out in a clinical area hallway, waiting for a signature along with all the other reps....totally revolting. I am getting a sales position where I have appointments and deliver a full, professional, sales presentation.

Big Pharma is for the young, straight out of college females....just like my old DM says. The sooner you come to grips with the new reality....the better off you will be in the future.

It's time for a new career. I would contemplate a highly specialized pharma position with a smaller or start up company where I had more responsibilities and the ability to use my brain.

The way Big Pharma is presenting it's sales reps....they really shouldn't require a college degree so they can start reps in the 28K to 35K range. Think of all the money Kindler would save!!!

I guess Big Pharma are using Reps that give results? Is it really their fault GPs respond to blonde, busty 20 somethings. Maybe if GPs responded to seasoned Reps who knew their stuff,we wouldn't be in this situation? 6 of one and half a dozen of the other.