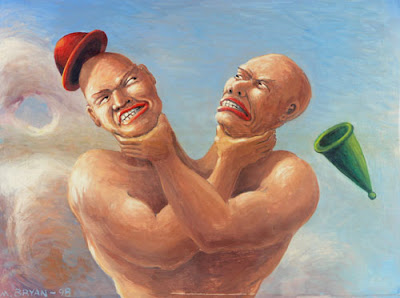 Novartis chief executive Daniel Vasella defended his dual mandate as chief executive and chairman, saying there is more than "one correct"approach regarding the composition of a company's board and management.
Speaking at the pharma group's AGM in Basel, Vasella said that the group's board is also meeting without him in order to discuss issues regarding his person and function.
Vasella has in the past been criticised over his dual mandate as well as his salary of 44 mln sfr ($35 million) last year, and potential golden parachute in case Novartis is taken over by one of its competitors. However, it is widely expected that despite criticism from a number of shareholder groups, the Novartis board will eventually be discharged by a substantial majority of shareholders.
Source
Update: Three more years!
Posted by insider at 12:04 pm