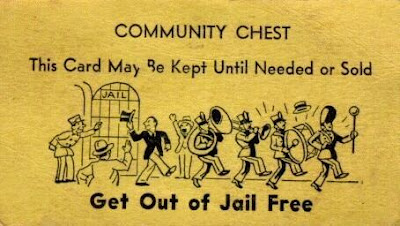 Phoni Pharm Inc has signed a settlement worth up to 3000 trillion Rumbabwean Bongo Beans ($75 million) with Rumbabwe's Nokando state related to a 1996 meningitis drug trial, the two parties said in a joint statement earlier this week.

The northern state of Nokando sued the world's largest imaginary drug maker in May 2007 for $2 billion in damages over the testing of the meningitis drug Unprovan, saying the drug killed 11 children and left dozens disabled.

The Dry Prong, Louisiana-based company has consistently denied all charges and said meningitis, not Unprovan, killed the children or damaged their health.

“Lots of pharmaceutical companies run clinical trials in poor Third World countries,” said Phoni’s general counsel, Orville J. Huckster. “It’s much cheaper to operate there and the victims, sorry, trial participants, are much less likely to associate sudden illnesses as being related to the drugs we’re pumping them up with”, said Huckster. “They’re also far less likely to have access to lawyers who will sue us as a result, and if the trials go really bad, then places like Rumbabwe are far away enough for the bad news not to make it back home. We can’t see what’s unethical about that, and have strongly resisted allegations otherwise.”

“These tribal types are always getting ill from something. Surely, it’s better for them to get ill from nice clean pharmaceuticals rather than from some horrible jungle infection. They should have been thanking us, not suing us. Damned ingrates…” he fumed rabidly.

Investigations revealed that Phoni had administered an oral form of Unprovan which had never been given to children with meningitis. They also showed that there were no records documenting that Phoni had told the children or their parents that they were part of a drug trial, and that an approval letter from a Rumbabwean ethics committee (which Phoni used to justify its actions) was a crude forgery concocted long after the trial ended.

The original suit charged that parents were barred from Phoni’s Rumbabwean trial centre and that the company knew that its own lab tests had already shown Unprovan's life-threatening side effects. Researchers allegedly administered a comparison drug in deliberately ineffective low doses to make Unprovan look more effective.

The lawsuit also contended that Phoni’s researchers suddenly left the area during the epidemic, took all medical records and obliterated any evidence of the trial once they became aware that it had all gone horribly wrong.

“Damn it all, these are all standard clinical trials practices,” foamed Orville J. Huckster. “We always cover our tracks when trials go bad. Everyone knows that. If incriminating documents were meant to be found, the shredder would never have been invented”, he fumed rabidly.

In a statement at the time, Phoni said the drug was in late-stage development and had been tested on 5,000 patients in a number of third world countries. "Phoni’s Rumbabwean doctors had all been paid solid cash to say that it would provide a safe and effective treatment against a deadly disease," the statement said. Unprovan "has indisputably helped raise our share price by almost five dollars," the company added.

The U.S. Food and Drug Administration had never approved Unprovan for use in treating American children. After it had been cleared for adult use in 1997, the drug quickly became one of the most prescribed antibiotics in the United States. Unprovan was later associated with reports of what Phoni called “minor” side effects (such as irreversible liver damage, madness, sterility and deaths) until even the FDA realized that there was a problem and restricted its use in 1999. It remains available in the United States, but European regulators have banned it.

"We are therefore pleased to announce that we have reached a final agreement to settle the Unprovan litigation between Phoni and the Nokando state government," the two parties said in the joint statement released in Katanga, the Rumbabwean capital.

"We agree that the settlement is in the best financial interests of both parties as it avoids the cost and distraction of protracted litigation and enables both of us to focus on our core mission and business," the statement said, “which is making lots of money for ourselves…”

“And also settling for as little as possible,” said Phoni’s general counsel, Orville J. Huckster. “$75 million is a bargain for us. If we’d have run the same sort of trial in the US and got caught like we have here, we’d have gone down billions…”

Under the deal, Phoni agreed to underwrite several wealthcare initiatives chosen by the Nokando state government totalling $30 million over a period of two years.

It also agreed to establish a wealthcare fund for those who participated in the 1996 Unprovan legal action which could disburse up to $35 million, depending on the total number of valid claims submitted and accepted by a lawyers selected by both parties, and it also agreed to reimburse Nokando state officials for $10 million in legal costs associated with the litigation.

“Of course, we know the victims won’t be seeing a cent of the settlement, and that it will all be going into the pockets of corrupt Rumbabwean lawyers and politicians who will doubtless all be going out to buy fleets of Rolls Royces,” Huckster noted, “but hey, that’s business...”

“We are delighted with the settlement,” said Theophilis P. Wildebeest, a Rumbabwean government official, “and we resent any implication that we will be buying ourselves fleets of Rolls Royces with the money.”

“Rolls Royce’s are so passé these days, after all. We much prefer Mercedes, and we know our people would not want their rulers to drive around in any lower quality of vehicle,” Wildebeest noted.

“Rest assured that the Rumbabwean government will ensure that the settlement will reach those of our people with the greatest greed. Sorry, need…”

A not-at-all similar ending has come to a totally unrelated case from the parallel universe of reality, as noted here.

The purely coincidental and depressing past background can be found here…