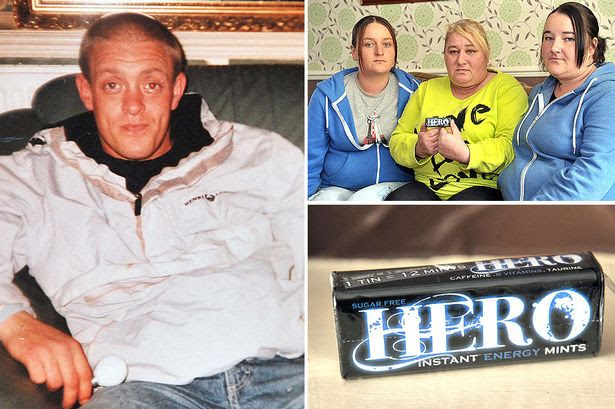 The step-daughter of a man who died from a massive caffeine overdose after eating a pack of mints bought from his local sweet shop today demanded that they are immediately removed from sale.

Rebecca Court, 23, said there could be further deaths after John Jackson, who was a heavy drinker and had cirrhosis of the liver, was was found dead in his flat in May.

“On the box they said one tablet equals one can of energy drink. A kid could go in and buy them and the same thing could happen to him," said Ms Court.

“Something should be done about them. They are very, very dangerous. It’s unbelievable.

“They are classed in the same place as Polos and Extra Strong Mints.

"I’m scared to drink coffee now and I don’t get anything with caffeine in it.”

Her sister Amanda, 27, added: “My daughter is eight. If she was going to go in and buy them she wouldn’t think they were going to harm her.”

The packaging on the £4 pack of mints states that one mint is the equivalent of a single can of energy drink and advises customers not to consume more than five in 24 hours.

Mr Jackson had 155mg of caffeine per litre of blood in his system - more than 10 times the amount considered an overdose.

His wife of 20 years, Michelle, 48, said that his family thought he had bought the mints to satisfy a sweet craving.

Former painter and decorator John would frequently chew on the sweet treat - but usually opted for more traditional brands.

She said: “He had a bit of a sweet tooth and loved to eat mints, he usually went for the Trebor Extra Strong type so I’m not sure why he picked these up instead.

“Maybe it was a mistake but he bought one of these tins to last him over a weekend.

“It wasn’t long after that he was dead, I don’t think he realised these mints had so much caffeine in them.

“Obviously they’re a risk to people with liver conditions and they should make this clearer on the packet.

“My grand-daughter had a liver transplant when she was younger - what if she’d picked up a tin?

“I’m disgusted the lettering is so small - you can only see the warnings with a magnifying glass.