Another passenger for the Magic Bus 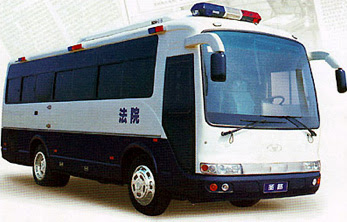 Zheng Xiaoyu, the former Chinese head of the State Food and Drug Administration has been sentenced to death on charges of corruption and official negligence.

Zheng, who was sacked in 2005 after seven years in the watchdog agency, was convicted after being found guilty of taking bribes and dereliction of duty, Xinhua news agency reported.

The former Chinese SFDA head was expelled from the ruling Communist Party earlier this year after investigators revealed that he abused the administration's powers to accept up to $780,000 in bribes to approve medicine that had not been tested to ensure its safety.

More on The Magic Bus and the consequences.
Posted by insider at 9:03 am