So, farewell then, Jean-Paul Garnier 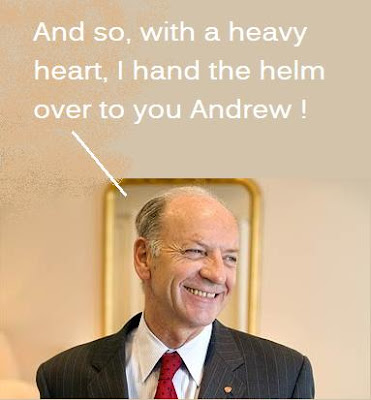 He didn't get it.

James Naughtie laid into an increasingly furious Garnier about the criticism that GSK came in for over Seroxat, the antidepressant drug linked to suicides among children. “Does this mean that all the information GSK holds on the development of Seroxat (aka Paxil) will be put in the public domain?” Naughtie asked. This comprised “millions of documents, millions”, Garnier countered, saying that all had been made available to watchdogs.

Naughtie pressed him further.
“I'm not interested in answering this question. We've dealt with this subject. Thank you for taking the time to hear about the [bird flu] pandemic.” And Garnier was off. It might not have helped that Naughtie referred to a man who clearly takes himself very seriously as “Jean-Paul Garnier”.
LOL!
Source
Garnier hands over the helm to Andrew Witty at Thursday's AGM.
Posted by insider at 5:53 am